I really liked the place, the last time around.

This time round, a lot of disappointments but a few great surprises.

Once seated, we asked for Iced tea because we loved it the last time. Sorry – No ice tea! That put us off. However, we were offered coolers – either Sky or Strawberry. We ordered both.

O Boy – our disappointment was immediately forgotten after a sip of the coolers. Absolutely refreshing. The Sky cooler is with Blue Curacao. It’s a tough choice between the two, but if I had to pick one, it would be the Sky cooler. It’s uplifting as well as light at the same it. 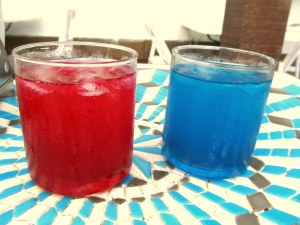 Our starters too were great. Ordered a Butter Garlic fish and a Shanghai Paneer.

For a paneer starter, the server suggested Hakka but I was keen to try the Shanghai. I was not let down. Infact, it was so much better than what I expected. Hugh chunks of paneer and some veggies in an absolutely flavour-packed thick-ish sauce.

The fish was good though bland. Would have preferred it with some more flavour, but still hubby said it was good the way it was.

Then came the downsides – We ordered two continental main courses. As I am not too fond of Chinese cuisine, I came to Culinary Foods for their continental fare. Imagine to my complete dismay, I was told there is no continental fare being served as the chef was not in! Hellooooo……I don’t want Chinese! I would have appreciated it if I was told that when we sat at the table and placed our first order. What to do?

The Chocolate Truffle was light, melt in the mouth and a thorough delight. The Blueberry Cheesecake was good. Being a chocolate addict, the preference between the two was an easy one. 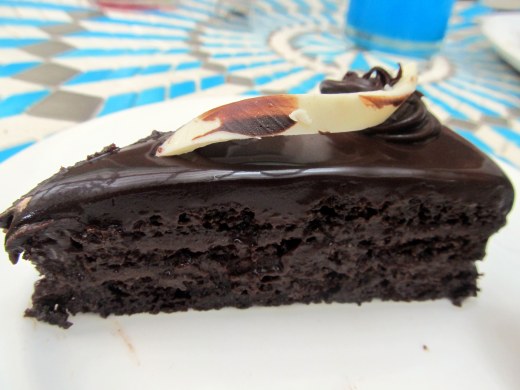 Hubby was not too happy about ordering Chinese. As much as he loves Chinese, his heart too was on the continental fare. So he settled for another Chinese starter – Chicken Drumsticks Chilly Garlic.

The Drumsticks were good, but the whole meal towards the end left us with a bitter taste in our mouth and hearts.

Will I dine here again – yes. But I shall call and confirm if complete menu is available before reservation.